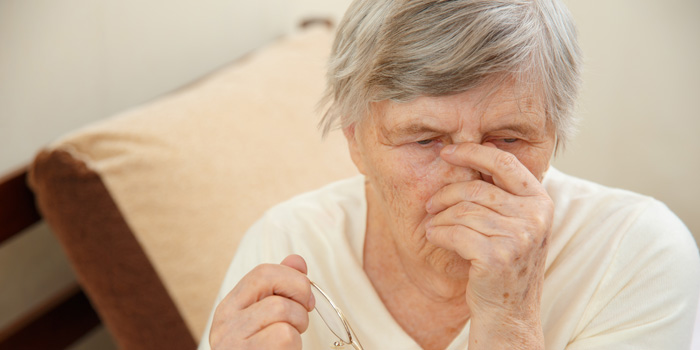 As a society, we quickly recognize overt prejudice.  Disparaging comments about skin color, national origin and religion are patently unacceptable.  Yet, seemingly innocuous comments to the elderly about their age do not raise much indignation.

Being referred to as an “Old Geezer”, for example — even with a wink, begets a stereotype that defines ageism.  Such a prejudicial generalization assumes that older adults are inherently prone to being weak, forgetful or sickly.  And, it is not just younger people who may carelessly express such disparaging remarks, but, sadly, people whose jobs it is to care for the elderly – including medical professionals.

When presenting a situation of bladder control, memory impairment or mobility issues and getting a response like, “what do you expect at your age?” can be as hurtful as a racial slur.  Such behavior is harmful – and hurtful.  It leaves the elder with the impression that there is little hope for improvement and a deepening despair at his or her condition.  Old age does not make people sick, disease does.  People can be active, healthy and vibrant well into their 90’s.

The United States is not replete with geriatricians.  Only 10 percent of medical schools require any emphasis on geriatrics.  As a result, there are under 8,000 physicians who are certified as geriatric specialists.  But, while locating a geriatrician may not be an easy task, it is critical that you or your loved one insist on being seen by someone who is committed to long-term wellness and not condescension or an ageist attitude.   The right geriatrician will understand that a patient’s recovery and health in general, is greatly impacted by the attitude conveyed by the provider.

It can be easy to give in to ageist stereotypes.  Cavalier attitudes by medical professionals supported a lack of awareness by the public and the media requires that caregivers be vigilant to avoid such attitudes themselves.  Caregivers must be proactive in finding professional care that is aware and compassionate.

Who is a “Senior Citizen”?
Dehydration in Seniors
Scamming Seniors in Today’s World
Blood Pressure for Seniors: Get an Accurate Read
When Seniors Refuse Post-Hospitalization Help
Alexa for Seniors
Coping as a Caregiver
A Surprising Key to Successful Aging: A Dog
Pressure Ulcers (Bed Sores) Represent Real Risk for Seniors

Please be advised.
Irish Referral Agency takes the Covid-19 situation very seriously.
Your health and safety is of utmost importance to us.